Thank you for visiting the web page of Benjamin Hruska. My first book Interpreting Naval History at Museums and Historic Sites (2016) was published as part of the American Association for State and Local History’s (AASLH) Interpreting History Book Series. Currently my research has shifted toward writing about differing approaches witnessed in international public history. I have most recently published a chapter in the book Beyond Combat: Australian Military Activity Away From the Battlefields published by NewSouth Books. I have an article featured in the most recent edition of AASLH’s History News which examines public history in Hong Kong. Over the years I have also written about local and regional history in the award-winning newspaper The Block Island Times. 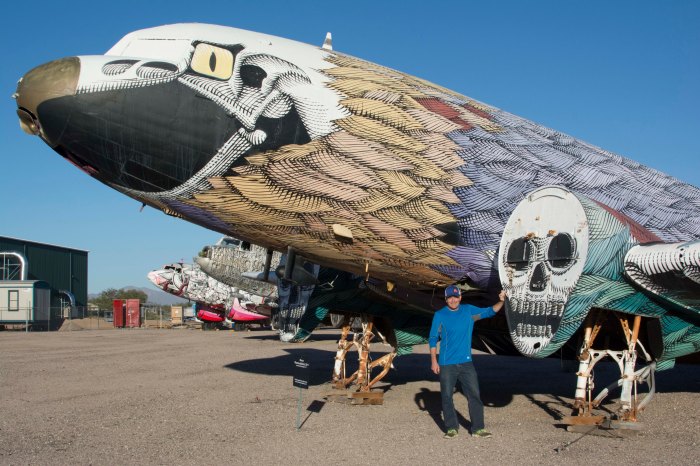 Exploring the memorialization of aircraft at the “Boneyard” in Tucson, Arizona.

Before teaching at Basis Schools I served as a digital historian for the U.S. Department of Defense’s U.S. Court of Appeals for the Armed Forces in Washington, D.C. I received my PhD in Public History from Arizona State University in 2012. Previous to this I held of the position of Director of the Block Island Historical Society, which is a house museum devoted to local history located on the small island of Block Island, Rhode Island.

My current research has shifted to the identity of Hong Kong seen in it’s museums and historic sites. More specifically I am considering the actions of Hong Kong public historians interpreting the 1989 massacre in Beijing’s Tiamimann Square, which is illegal within the PRC. Thus, Hong Kong is functioning as a small pocket of freedom within the PRC.